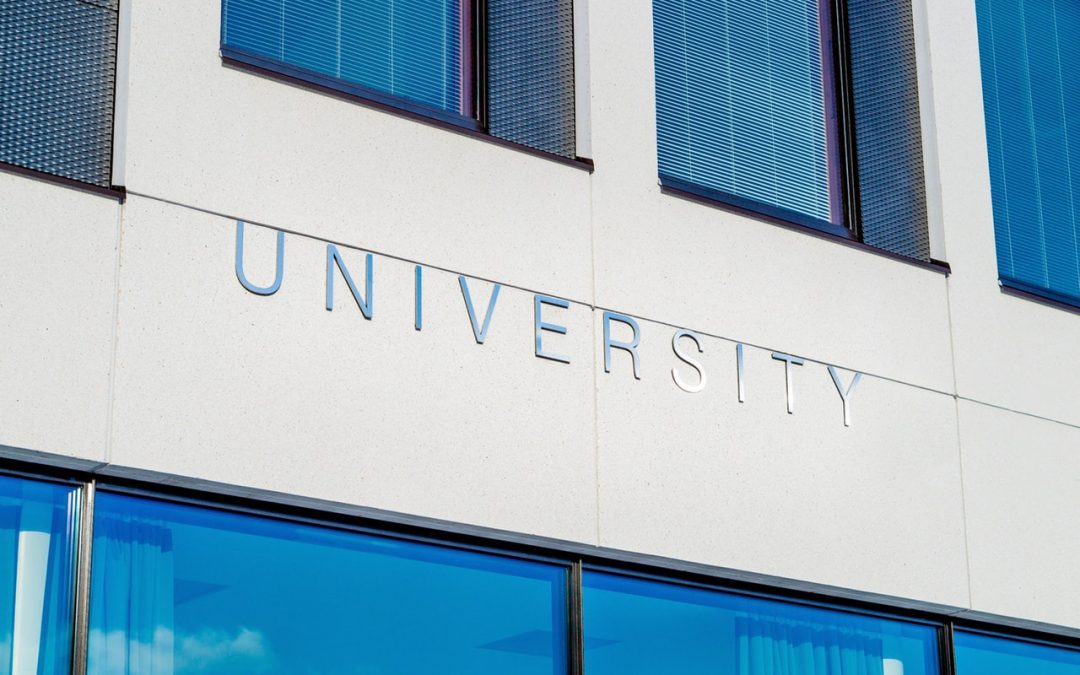 There’s an article written by a finance type reporter that demonstrates why so many people don’t know about paying for college and why they shouldn’t expect much help from the financial media. In the article, Deborah Caldwell, a Senior Enterprise Editor at CNBC, describes her son being accepted to a college they couldn’t afford. Not being able to afford college isn’t unusual. Someone working in the financial media expecting an out-of-state public university to provide financial aid is unacceptable.

Now the author can be excused to a certain extent since apparently her first son was at the University of North Carolina and had received “decent financial aid.” But I’m willing to bet that her first son had some stellar academic qualifications that helped to get him admitted to the University of North Carolina since its acceptance rate is half that of the University of Wisconsin. Furthermore, at least 80% of UNC’s class is required to be in-state residents. Ultimately, there’s really no way of knowing how much of the first son’s financial aid was merit or need-based which, if you think about it, is also just another sign of the problems in the financial media.

It seems that the author shared the same wishful thinking of many families with college-bound teens:

I guess they thought we would magically come up with that full freight, as did the other big universities where Dan was admitted, all of which charge between $46,000 and $51,000 for tuition, room, board, and fees for out-of-state students. We’d been aware of the Wisconsin budget drama but somehow thought this would not affect us so harshly.

So instead of encouraging wishful thinking, I want to talk about the basic lessons about this reporter’s experience every parent should know.

This only makes sense. Public universities are subsidized by the tax payers of the state. This is why state residents pay less. In a sense, part of the tuition has already be paid for by the state.

The vast majority of public universities cannot meet 100% of financial need for their students. Therefore, their priority will naturally be to focus on meeting the needs of their residents. Furthermore, financial aid money is often based on state funding so again, why would it go to out-of-state students? Some institutions such as the University of California Berkeley do offer some need-based aid but it is limited.

As states reduce the amount of funding for public universities, out-of-state students become a source of revenue. Universities can charge out-of-state tuition that far exceeds the amount the state contributes for state residents.

Of course, there will be times when non-residents receive a great deal from an out-of-state public university. This generally happens when the university, or even the state, is trying to improve its academic profile. In other words, they want students with great academic qualifications representing the university and they’re willing to pay for them by offering merit-based aid. But stop and think about what that means. If a school already is full of students with great GPAs and test scores, it isn’t likely to be offering such incentives.

The following table lists the 25 public universities with the most expensive out-of-state total cost of attendance. 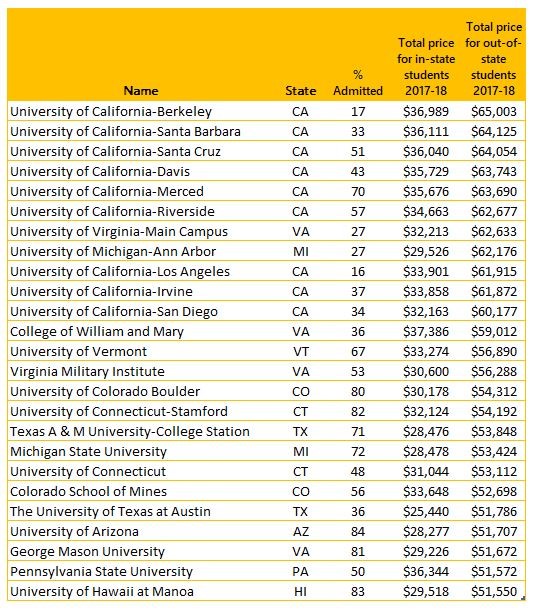 I hope this information helps you! However it’s only one part of a bigger system The College MATCH Method.